What better to represent "Golden" then our two golden retrievers :)

Pictures taken right after they got back from the groomers...they hung our at the groomers during the time of the transfer and a couple of hours afterwards so I could rest quietly. They both passed out when they got home! 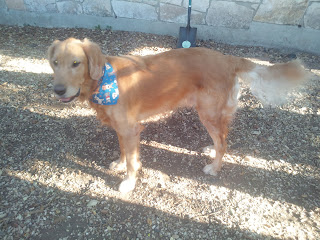 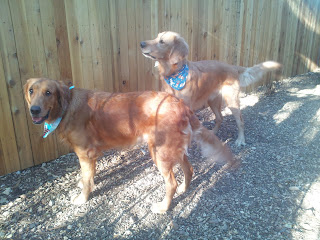 I ended up learning about DMB after a bad break up about 10 or so years ago when I went to go visit some friends for the weekend. After that I became obsessed. I only had a tape deck in my car at the time so I made a copy of my Ants Marching cd and literally that was the only tape I listened to when driving. Since then, listening to Dave at important moments has happened time and time again. During our first miscarriage when we were in the exam room and I was in a lot of pain while waiting to be seen J started playing Dave on his phone for me. It was a huge help. We almost had a DMB song as our first dance but decided it would have been too much of a "me" song not an "us"song. Throughout our IVF journey we've often used the lyrics "You and me together, we could do anything" from the song You & Me as a way to say "it's going to be okay". 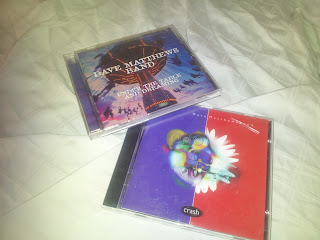