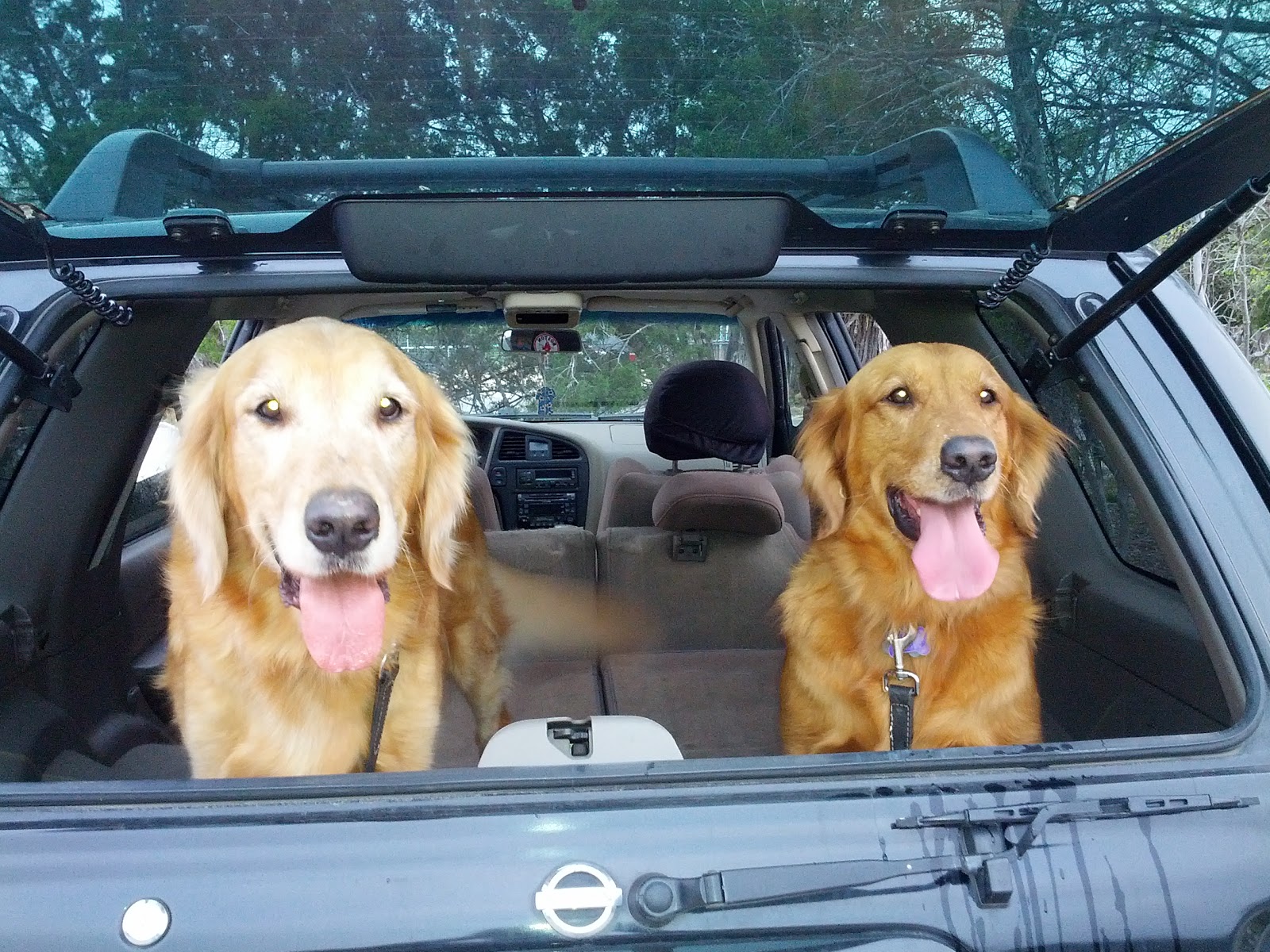 Howdy from Sadie and Garnett...they were a bit tired last night after our walk at the park. :)

Posted by KelBel at 7:19 AM No comments:

Murphy knocked on our door again

J and I have been working really hard to pay down our debt...our plan is only to have the mortgages and 2 credit cards left by September. Well, don't you know that right as we were about to pay off one of the small credit cards we heard from our tenant in MA that the hot water heater went. So last Friday we sent the money to a plumber instead of the credit card company.

We were really proud of ourselves that we took the hit from the hot water heater without it hurting too much and figured after the next paycheck we'd be right back on track with starting to pay off small credit cards.

The the phone rang...

Today I got a phone call regarding the charges for the Maternit21 blood test that I had done last week. The woman who called asked if the doctor's office discussed how much it might cost. I said no, no one mentioned cost to us. (I am kicking myself now for not asking about it.) She then went on to tell me that they are considered out of network and with our insurance it will cost $1800 or we can go the self-pay route and it will "only" cost $995. After I agreed to the self-pay I did a little searching online regarding the price (again kicking myself for not doing this before agreeing to the self-pay) and found people were charged $235 or $475. Has anyone out there had the Maternit21 blood test? I am debating on what I should do now. I am going to do some more goo.gling to see what I can find out about the charges. If I could get it to where we are only paying $475 or $235 I'd be a lot happier.
Posted by KelBel at 1:06 PM 8 comments:

What comes after graduation day?

I am guessing none of you said "Receiving the bill for the delivery of Cinco." On Saturday when I got the mail there was an envelope from the ob/gyn practice and at first I thought it might be the test results from my blood work last week. I was wrong...it was the bill for the delivery! Yes, the delivery - before I've even see the doctor for a regular appointment. The balance is due by the 28th week. If we don't pay by then we risk having our care discontinued. Craziness. The only "good" part is that they are giving us a discount due to our outrageously high deductible. First payment is due in April. J said he is not paying a penny before we know this is going to work. I don't blame him for feeling this way at all.

Happy Friday!! We graduated with flying colors from Dr. A's practice today! Everything looked great!! We saw Dr. C today which was actually really nice, because he took the time to show us different things then we've been shown before. He showed us where the umbical cord is attached to Cinco, showed us the four chambers of the heart, the kidneys and the stomach. It was just amazing. At one point the baby was even sucking on it's hand. Our nurse, C, commented on what a beautiful spine it has. :) Dr. C could not get a measurement from rump to crown this morning because the baby would not stay still long enough. :) All in all, it was a great morning.

We made whoopie pies to bring in with us today to say thank you and they were very much appreciated. On our way out, one of the girls told us she was on her third one!!

J and I treated ourselves after our appointment and went out to breakfast. It was really nice to be able to celebrate. It's going to be weird to have to wait 2 weeks for another appointment!

I have two co-workers here at work that know about our struggles and I decided today was my day to tell them. One of them was out so I sent her the u/s picture - she is super happy for us! The other co-worker just came back from a meeting a few minutes ago and asked what I had wanted to show her (I had sent an email this morning saying I had something I wanted them to look at for me.) When I put the picture on my desk for her to look at she picked it up looked it and looked at me and BURST into tears. It really took me back. She said she was so happy for us and had been so afraid to ask me anything. (I skipped out on champagne at a meeting this week and it piqued their curiosity.)  I am still in awe of her reaction. It was so genuine and it really blew me away.
What a day. :)
Posted by KelBel at 10:48 AM 10 comments: 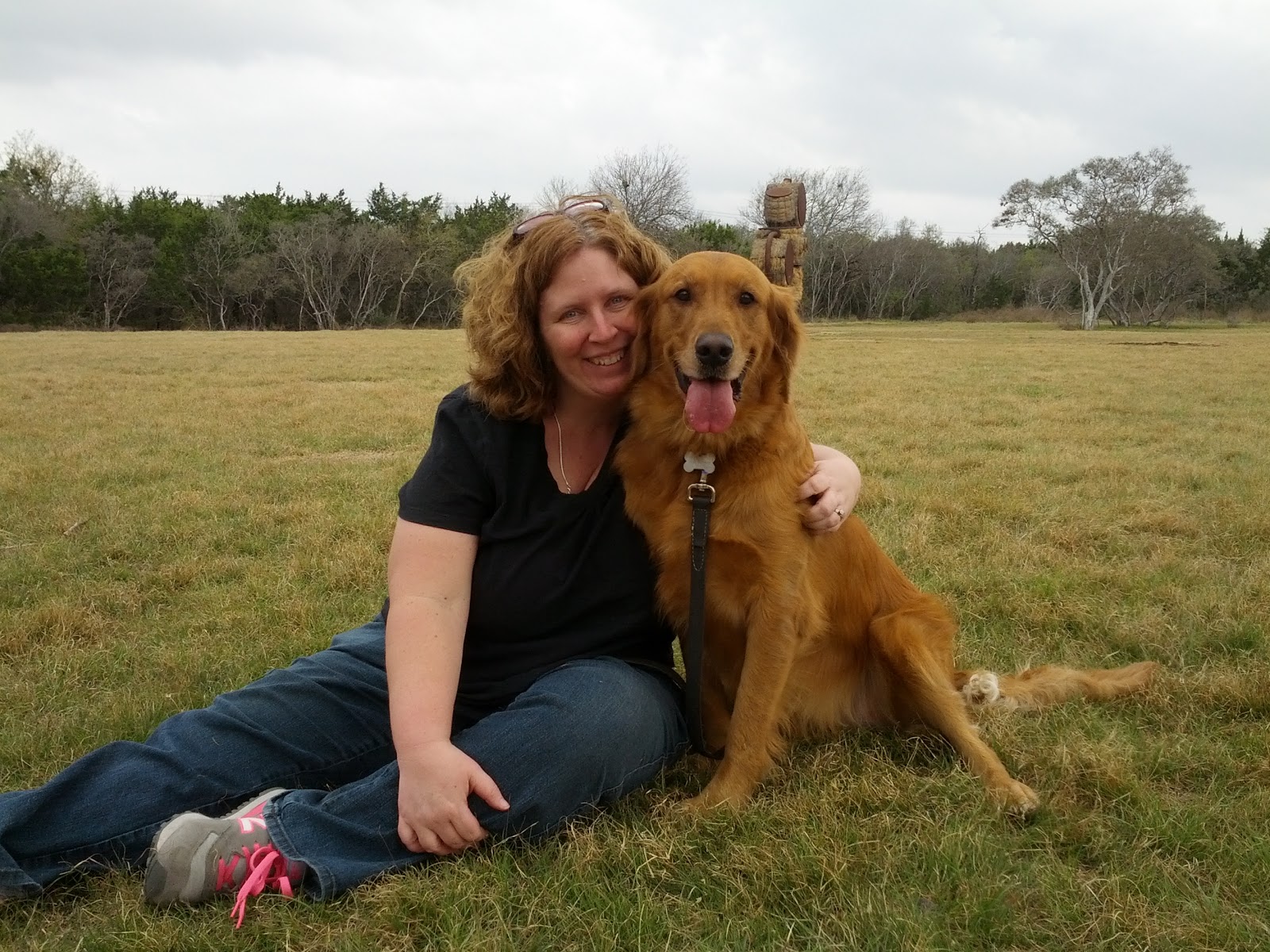 I thought I'd share a picture today from when we took the puppies to the park on Saturday afternoon.

Yesterday I went in to my regular ob/gyn's office for BBI testing. What is BBI you ask? I have no idea and Dr. Go.ogle did not help me either. Turns out it was the blood work for the DNA testing for the trisomies (13, 18 and 21) and it was the ultrasound for the NT screening. It went okay. We got there a half hour early because I had the time wrong for the appointment and then we ended up waiting a half hour to be called. We spent an hour just hanging out in the waiting room...not ideal.

The tech who took my blood did GREAT! I did not feel a thing and this morning I have a tiny bruise at the site. The ultrasound went well - it was my first external u/s! Why didn't they ask if I needed to use the restroom first? Why didn't I ask to use it as we walked past it? BIG mistake!! I could not enjoy seeing Cinco on the screen because each time the tech pushed down the pressure on my bladder was killing me.

When we were leaving I got all sorts of moody on J - which was really too bad because he was beyond excited about everything. He was feeling super positive, where I was feeling super anxious. All I could think about was the results might show us there is a chance something could be wrong. I noticed all the measurements during the NT screening, but made sure to stay away from Dr. Goo.gle when I got home. I don't want to try to start researching what the numbers might mean. As for the results, we won't received them until we see Dr. W on 3/28.

The tech did give us new pictures of Cinco, which I took to be a good sign. I figure if he thought something was not quite right maybe he wouldn't offer us the u/s pictures. J said he seemed really positive when he was taking the readings. Keeping my fingers crossed!!
Posted by KelBel at 7:23 AM 6 comments:

Happy Friday! It's a happy day indeed!! Dr. A found the heartbeat right away this morning and commented "That's a big baby!" Cinco is measuring right on schedule...anywhere from 11w3d to 11w5d...a nice strong heartbeat at 170. We saw him/her doing a Harlem Shake in there this morning. :) Dr. A sang the Harlem Shake song for him/her. :) Dr. A even saw Cinco hiccup.

It was really good to have such a positive appointment this week - I had a lot more anxiety this week. I had a few hive-like things appear (and go away) this week, so it freaked me out. I am hoping this week I'll breath just a little easier. Only one more week with Dr. A and then we graduate. Unfortunately, Dr. A won't be there next week due to Spring Break but J and I both agreed we'd rather one more u/s rather than graduating while Dr. A was in the office. 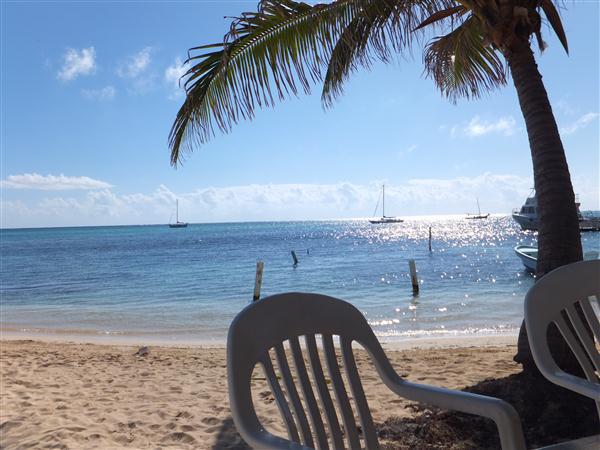 In a mere 58 days I will be back in Ambergris Caye!! I cannot wait!! J and I just booked our tickets this morning. :)
Posted by KelBel at 9:57 AM 3 comments:

We got back our uber-powerful pressure washer this weekend. It's been sitting in the garage for over a year now not working and we finally did something about it a few weeks ago. We had way more fun testing it on Sunday afternoon than we should have! J tried to use it to cut down some dead branches but that was a fail. He managed to get a bunch of leaves on the ground right where we spent Saturday afternoon raking! We both took turns pretending we were killing zombies with it - it really was funny...especially when I looked down in the cul-de-sac and saw our neighbor standing at the door in his garage with his hands on his hips just watching us. J and I both had a good laugh over that one!

I leave you with some pictures of our fun:

I am happy to report that we had another GREAT appointment. I had a really good week too with not being as anxious. It didn't start to creep in until last night. I was definitely anxious this  morning while we were waiting in the room. As soon as Dr. A got Cinco into the picture I could see the flicker of the heartbeat, so I could breath again. We got to see Cinco doing some flips and moving around quite a bit! Truly, I am still in awe of where I am today. I have never been in double-digits before.

We graduate from Dr. A in two weeks. I should probably call Dr. W's office so I can set up our first appointment with her. I am nervous to call - I feel like I am going to jinx something. I know that is plain silly.