M had a great time at his party at school yesterday and there were no food allergy incidents - yahoo!!

The only disappointment was how many of his Valentine's included candy that was not safe...M was most disappointed when he realized that the card from his best friend included a lollipop that he could not eat. He received M&Ms as well and told me I could have the blue ones. :) We made a deal that we'd swap all the candy from his stash to safe candy - that seemed to help ease the pain a bit!! Food Allergies Suck :(

BUT on a much happier note we had a blast making safe chocolate fondue last night! It was quite yummy! 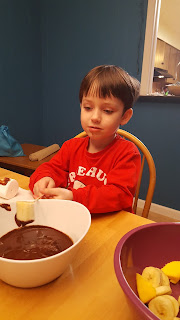 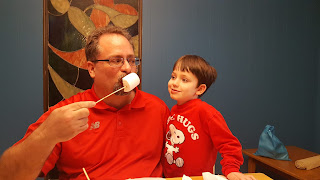 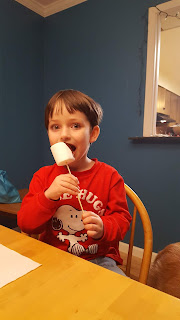 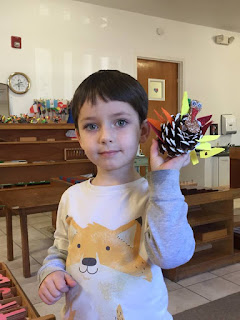 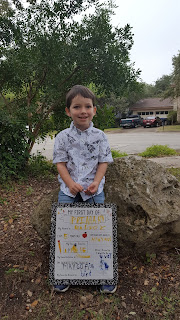 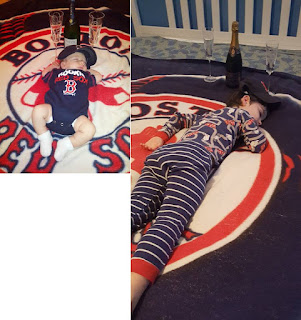 Last Wednesday I had my stitches out and finally received the results from the pathology report...not the news I wanted but I wasn't all that surprised either.

The mole removed from my forehead is basal cell carcinoma...next step is MOHS surgery. I need to wait for the official path report to be sent to my PCP and then she will refer me to a MOHS surgeon. I am hoping the report is received today. I want this off of me.

The other two moles came back as inconclusive...the pathologist thought they were bug bites. My PCP told her she highly doubted that but they are not sure what they are. My PCP is hoping the surgeon might be able to tell what they are from the path report or looking at the area.

I was looking at the list for people at high risk for skin cancer and I can tick off almost everyone item on the list:


Fingers crossed I am able to have the surgery within the next couple of weeks and start healing.
Posted by KelBel at 8:17 AM 4 comments:

It has been rainy in our corner of Texas since Sept. 3rd...we have seen so much rain! M wakes up most mornings telling us he's tired of the rain and wants it to stop. Thankfully, it looks like we are going to get a bit of a break this week! I just looked and for the next 3 days we have 0% chance of rain. WOO-HOO!!

I realize that most of my updates have been about M and not much about me. At the beginning of July I finally found a new primary care doctor for myself. I got myself back on my Syn.throid and back on the pre-diabetes meds. I was surprised how much better I really did feel after getting back into my meds routine. She highly recommended that I not go off them at the same time again and think that everything will be okay!

While I was having my initial appointment/physical the P.A. noticed a new mole on my forehead and asked about it. Then she noticed a couple on my chest - they were also fairly new. Which brings us to me needing to have them biopsied. I had them removed almost 2 weeks ago and I am still waiting for the results. I go on Wednesday to have the stitches removed and will receive the results then. To say I am anxious is an understatement. The cards are stacked against me in terms of skin cancer...I'm of Celtic decent, I've had sooo many sunburns throughout the years, I have fair skin and blue eyes. My fingers are crossed for positive results but I am also ready to face this head on if it's not positive.

On a positive note, on Friday afternoon J and I both picked M up from school. He was a bit crabby when we got home and decided he wanted to have a lemonade stand. I had to explain that we can do that once it's not raining...he didn't really take no for an answer so we had an indoor lemonade stand that was ready for when J got home. :) 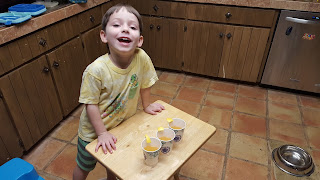 Unfortunately, this is what our skies have looked like lately...silver lining is we have gained A LOT of water in the aquifer and are almost out of the drought!! 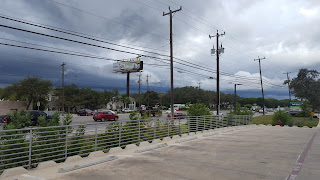 Hopefully later this week I can show you some sunny skies!!